Search For Your Mission

My wife and 11 year-old daughter and I traveled to Shell, Ecuador to join an ophthalmologist setting up an eye hospital in an existing mission hospital. We spent 3 days going out to jungle towns setting up screenings seeing 80-250 patients per day. We also spent one day in an orphanage seeing 60 orphans. In addition to screenings, we spent 5 days in the hospital seeing referrals and more complicated patients. Overall, it was a very successful trip with a lot of happy patients. We would return again given the … Read More

Doctors Larry and Michael Morrison from Morrison Eye Care would like to thank all of the volunteers who participated in, and helped support, the 2011 VOSH (Volunteer Optometric Services to Humanity), mission to Port Antonio, Jamaica. With out the countless hours of service and dedication from American and Jamaican volunteers the mission would not have been impossible. A special thanks needs to be given to Dr. Satya Parvataneni, (Dr.P) and the Jamaican people for their exceptional hospitality. Dr. P is a local physician in Port Antonio and an active member … Read More

A Real Eye-opener I soon found myself back to work at a nuclear plant once again occupied with regulatory and compliance issues. Nonetheless, I can still stop, think, close my eyes, and visualize any one of them standing beside me listening to my directions to look across the room and read me the letters or symbols on an eye chart telling me “Casi no puedo ver” indicating that he could barely make out the letters on the chart. I would then find myself looking into his reddened eyes partly covered with a whitish film that … Read More 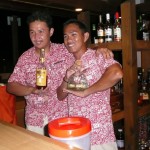 PHILIPPINES I always knew that I wanted to be a part of a VOSH mission. Having worked in the optical industry for 19 years I’ve heard all of the amazing stories of faraway places and smiling faces. But when it came down to it, I got a little scared. My only travels outside of the United States had been to Mexico, Puerto Rico and Canada – not very exotic! I’m pretty sure I had the same hesitation and fears as most first time VOSH Volunteers. I need how many shots?!? Will I fit in with … Read More

Mission: Portoviejo, Ecuador By Jan Cartwright It has been one month since I have returned from my first VOSH Mission Trip. I have spent part of every day reflecting on my experience and trying to find the words to convey to family, friends and co-workers exactly how much this experience has enriched my life. I have yet to find the appropriate message to express the range of emotions I experienced during my travels and upon my return. I can only say that you have to live it to realize it. … Read More

The sixteen volunteers who made up the VOSH team to Honduras in March have participated in a whopping 277 missions all combined. Of the sixteen, there were seven first timers. Therefore, the phrase “VOSH Veteran” is a huge understatement for the rest of the group. The arrangements for this mission were part of a medical mission organized by the NE ELCA Synod of Minnesota. Talanga is in a poor area, a town with just one paved street. It is a farming region with some industry. This was the first eye … Read More

Feb.28-March 7, 2009 Larry Morrison, O.D. led a group of eleven to Port Antonio, Jamaica in March. This was a return trip to a location where a permanent clinic is being established. This year’s team included Dr. Brad and Jolene Meier, Dr. Larry, Pam, and Leah Menning, Brad and Janet Green, Tim and Cheri Bergien, and Dr. Larry and Joyce Morrison.  The VOSH volunteers from Minnesota and South Dakota were hosted by the local Rotary Club. This was a small group of about 14 which supplied noon meals on the … Read More 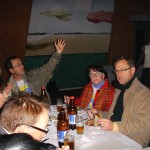 This trip was led by Jim Hess, O.D. Post your stories or pictures here.

This trip was led by Larry Morrison, O.D. with VOSH/SD Post your stories or pictures here.

This trip was led by Mark Heymans & Greg Friederichs, O.D post your pictures or stories here. 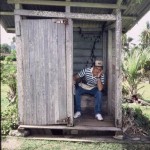 This trip was led by Bob Boeding & Norm McCarthy Post your stories and photos here. 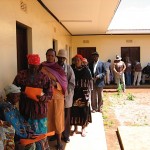 This trip was led by Jim Hess, O.D. Post your pictures and stories here. 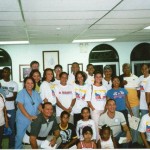 this trip was led by Bob Boeding & Norm McCarthy post your stories and photos here click to view a larger photo: 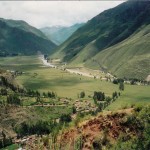 LIMA, PERU Sixteen VOSHers celebrated the new year by boarding a plane and heading to Lima, Peru. Despite the “orange alert” status, there were no travel delays, and the group arrived in Lima at about 10:30 p.m. Trip leader Jim Hess was held up in customs for about an hour and had to pay a $200 tax to get the autorefractor into the country. The host group for this mission was a group of Rotary Clubs in the Lima area, and a number of the Rotary members were at the … Read More